INNOVATING TO REACH GROUPS THAT ARE DIFFICULT TO COVER : INTERVIEW WITH PATRICK MARX ON THE ISSA SEMINAR

I am looking for

INNOVATING TO REACH GROUPS THAT ARE DIFFICULT TO COVER : INTERVIEW WITH PATRICK MARX ON THE ISSA SEMINAR 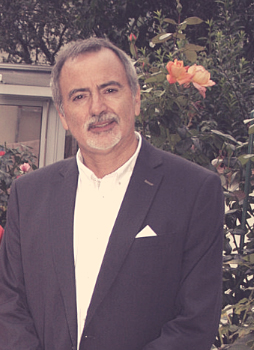 The ISSA technical seminar, organised in partnership with the National Social Security Fund and the National Health Insurance Fund of Mauritania, took place on 26th and 27th February 2019 in Nouakchott, Mauritania.

The informal sector persists and even prospers in some countries. Faced with this situation, are the States involved making progress towards inclusive social protection ?

The issue of informal work is a recurrent one in many countries. Numerous studies have shown the importance of this sector, which nevertheless remains multifaceted. More than 80% of the employed population in Sub-Saharan Africa is employed in the informal sector. The informal sector is very often associated with poverty. The link is not always correct. However, many officials do not know how to approach the issue and would rather devote their efforts to improving coverage for the identified populations (public sector in particular), which does not seem to me to be in line with the objectives of sustainable development and social protection for all. The road to inclusive social protection is still long and will necessarily have to cross other areas such as the fight against child labour or public policies to eradicate corruption.

What are the difficulties encountered by the countries involved in this extension process ?

The difficulties are both technical and ethical. Our colleagues sometimes have an approach that is too global: they wish to duplicate in their countries a system that exists elsewhere, which is rarely relevant given the particularities of each region. In addition, they overlook the prior analysis of the strengths and weaknesses of their environment, what we call the enabling environment. These technical barriers can be overcome by implementing the ISSA guidelines and our training tools. Thus, the training corpus on extension, developed by the School, now finds its full meaning in this progression.

The ethical barrier lies in the systematic choice of a contributory system to support their social security coverage. The equation: only those who can contribute will benefit from protection is very entrenched. Solidarity with those who have too low an income to contribute remains a concept that is sometimes taboo. However, as we all know, social protection has progressed in Europe thanks to a diversity of approaches: insurance and solidarity. Other countries are finally exploring a third way by offering an optional service, but the penetration rate remains marginal.

Through the sharing of experiences allowed by the seminar format, did you become aware of any initiatives or innovations that could be disseminated ?

We wanted to identify practical examples initiated by some countries to break with this exclusive use of the contributory system.

Algeria proposes a specific regime for self-employed workers that combines a contributory system and solidarity by allowing craftsmen to enjoy social recognition. The Comoros also wish to develop social coverage for coastal fishermen. I also noted the important efforts made by Cameroon in the context of the prevention of occupational accidents. Several countries (Togo, Central Africa, Mauritania) have also understood that the extension of social protection can be done in a modest and pragmatic way by testing micro-social coverage systems in some of their territories or for the benefit of a particular category of their population (accident prevention for Lomé motorcycle taxis, “Snake-Bite” programme in sub-Saharan Africa for banana pickers exposed to the risks of poisonous snake bites). Tested and evaluated, these programmes spread the “social security” culture to populations that sometimes do not even imagine what social security is all about.

Following this intervention, you were accredited as an ISSA expert. In what form(s) do you plan to continue your contribution to the extension of social security coverage ?

This international recognition allows me to work alongside decision-makers and managers and to participate, with them, in this formidable project to extend social protection throughout the world. It is also an opportunity to recall that social protection is not only a question of technology, it is also an ethical ambition. As such, the French experience deserves to be popularized, including in Asia and the Pacific. These meetings are also an opportunity to disseminate, enrich and adapt our international training offer while strengthening the expertise of EN3S, whose image remains very strong.

Find out more about the ISSA Guidelines training courses

Return to the top of the page